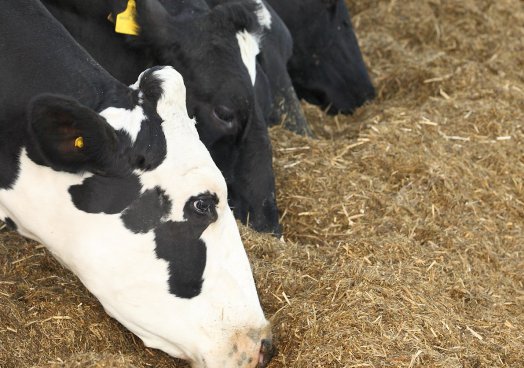 Ulster Farmers Union, Dairy Chairman, Jonathan Moore, says a Brussels meeting with the European Commission confirmed continuing concerns across Europe that there are no signs of a recovery in milk prices.  Mr Moore was part of a COPA delegation which included 17 other EU Member States.

“With no sign of sustained recovery before the middle of 2016, concerns remain that the milk volumes collected throughout Europe are ahead of this time last year.  Meaningful recovery will only be possible once supply realigns itself with demand,” he warned.

In terms of tackling the uncertainty in the dairy industry, the meeting discussed the Commission’s work on Unfair Trading Practices (UTPs) in the supply chain.  “Ensuring fairness and transparency in relations between farmers, processors and retailers is a key policy priority of the UFU dairy committee.  We stressed the need for early and decisive action by the Commission to see this implemented across all member states,” said Mr Moore.

Another way of tackling uncertainty is the United States Margin Protection Programme, which the UFU believes is a model worth studying to see if it could be modified for use in Europe.  The Union encouraged the EU Commission to look at other programs which would help mitigate volatility in the years to come, including a review of current intervention thresholds. The meeting also discussed implementation of the Commission support package agreed in September, along with concerns about the special safeguard clauses on butter introduced by the United States.

“We have a long way to go in terms of seeing a recovery from what has been a very tough twelve months for all dairy farmers in Europe – with the position made worse here by the continuing weakness of the Euro.  However the UFU is in a position here and in Brussels to play a significant role in decision making.  This is about structural options to tackle the uncertainty that is frustrating farmers and leaving them in an impossible financial position of boom and bust in the dairy sector,” said Moore.