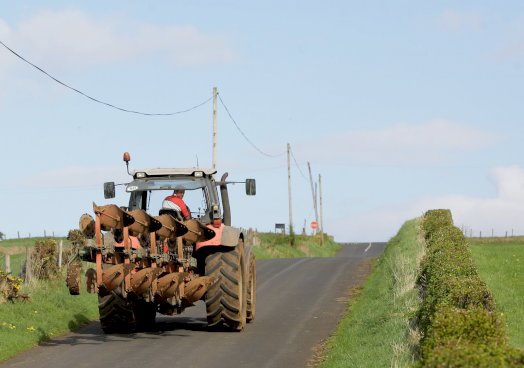 UFU call for abolition of Agriculture Wages Board

The Ulster Farmers’ Union (UFU) has backed the recommendation that the Agricultural Wages Board (AWB) should be abolished.

Commenting on their response to the DAERA consultation which proposed the abolition of the Board, the UFU's AWB representative Robert McCloy said, “Agriculture is the only sector to remain under a separate wages board and its abolition would put farming on the same footing as employers and workers in all other sectors of the economy.”

The UFU said the AWB was outdated, coming from an era when trade boards were common and existed to set a minimum wage.

“It has been superseded by two lots of legislation; National Minimum Wage (NMW) and the National Living Wage (NLW), making the grading structure that underpins the AWB totally irrelevant. As a result, the pay of agri workers is no longer calculated by experience and levels of responsibility,” said Mr McCloy, adding that “scrapping the AWB would create a simpler and clearer process for both employers and employees.”

The UFU says the AWB was formed in an era when other legislation was non-existent and at a time when workers lacked knowledge of their rights and what others in the industry were paid. However, this changed to their advantage in the last decade due to the power of technology such as the internet and resulting social media platforms.

“Our farm businesses rely on skilled and competent staff and our members pay a rate that reflects the contribution staff make to a successful business that is competitive with other sectors of the economy. The rapidly changing labour market together with national labour legislation means that the AWB legislation can be abolished without undermining the protection our employees rightly expect,” said Mr McCloy.