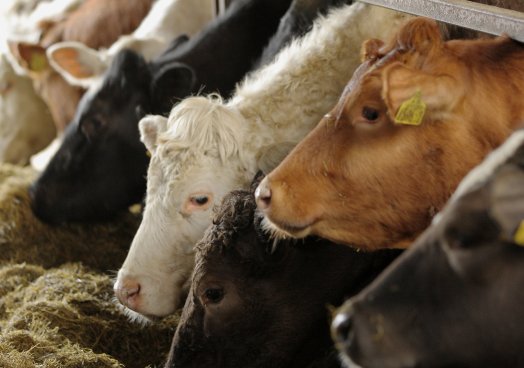 The Ulster Farmers’ Union is calling on supermarket retailers to stop profiteering on the back of livestock farmers and accept responsibility for ensuring that the prices paid to producers are fair and reflect the commitments farmers make to provide quality local produce.

UFU Beef and Lamb Chairman Robert Davidson said; “During the first 8 months of 2014 beef producers saw a considerable reduction in the price of beef at the farm gate and from June 2013 until the end of June 2014 the price being paid to farmers had fallen by 18%.  There has been a marginal increase in price since June, however many producers will still be facing a 12% decrease in returns on the same period last year.  Alongside the changes in specifications, this volatility in the market place has created considerable difficulties for farmers who are trying to manage their businesses, leaving many in unprofitable scenarios. Further to this, there is also serious concern that the margin being collected post farm gate by retailers has increased over the course of this year well above the historical average.

“Between June 2012 and December 2013, the average margin being taken post farmgate was in the region of 287p/kg. From January to the end of August this year, the figures collected from Eblex indicate that on average the margin post farm gate has increased to approximately 358p/kg.  The fact that producer returns have decreased so significantly, while those further up the supply chain have seen their margin increase is inexcusable, both from a producer and consumer point of view, neither of whom are getting good value.

Robert concluded; “Forecasts predict that cattle numbers are going to contract significantly in the future and this will continue to accelerate unless producers receive a far greater margin for their product. Retailers are being very short sighted at present and are not demonstrating any commitment to the long term viability of the local beef industry.  What would be far more beneficial for the entire beef supply chain is if retailers were to use their increased margins to fairly reward producers and more actively promote local beef to the consumer.  This would in turn help grow this important market which is vital for a sustainable rural economy.”