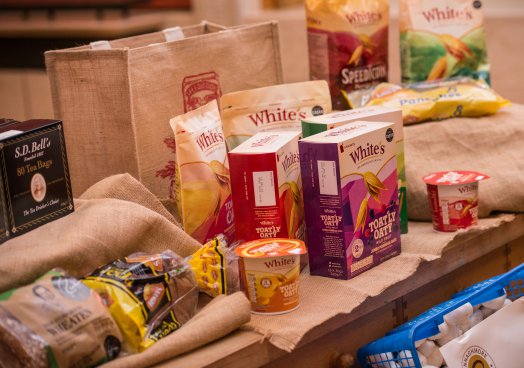 The Ulster Farmers' Union has welcomed a report showing the continuing importance of the food industry to the local economy.  But it has warned that the rate of growth is slowing down compared to previous years, while farmers, who underpin the industry, have been losing money for two years.

UFU president, Barclay Bell, said it was encouraging that food and farming remain central to the Northern Ireland economy, as a major source of exports, growth and employment.  “However we cannot ignore the reality that the farmers who supply the raw materials on which the industry has built its quality image are suffering badly – and in most sectors have been losing money since 2014.  This is not sustainable – and it is not the foundation we need to have for a successful food industry,” said Mr Bell.

The largest sectors contributing to the total gross turnover of Northern Ireland food and drink processing industry continue to be beef and lamb, dairy and poultry, which ultimately help to drive the food industry in terms of exports and employment. Disappointingly, despite the growth of the overall agri-food sector, beef and lamb farmers, and dairy farmers have suffered heavy losses in recent years. Northern Ireland’s pigs, arable and vegetable producers have also fallen victim to dysfunction in the supply chain and low farm gate prices.

“The weakening of the pound in recent weeks will improve the competitive position of the industry and farmers. While there are opportunities, Brexit does pose a huge challenge for the entire industry so it will be important that we work together and tackle it with a collective voice.  Continuing support for farmers is a big issue – but market access is just as great a challenge.  Without that we will not have markets for our food, and that would disastrous for farmers, processors and the entire Northern Ireland economy,” said Mr Bell.

The UFU president underlined that he was not trying to take away from the successes of the food industry, particularly in the year of celebrations for Northern Ireland food and drink.  “As farmers we are immensely proud of what the industry does with the quality raw material that comes off farms.  But we are realistic enough to know that the food chain can only succeed if everyone in it is profitable.  That is not the case for farmers now and has not been for some time,” said Mr Bell.