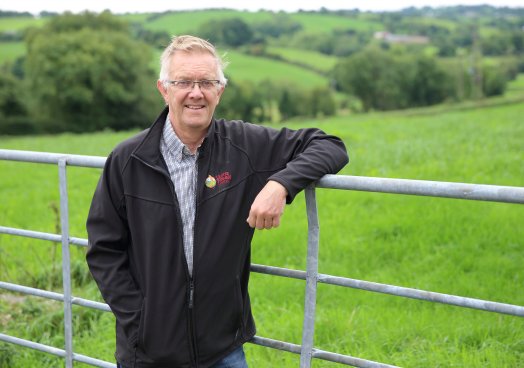 Farmers cannot be green when they are in the red, says UFU

The Ulster Farmers’ Union says Northern Ireland’s future agriculture policy must support active farm businesses to be productive and sustainable, while delivering public goods. UFU president, Ivor Ferguson said, “This is a once in a life time opportunity to create a policy that ensures we have a productive, profitable, and progressive farming industry. Defra Secretary of State, Michael Gove, has been clear about his vision to support environmental measures but farmers can’t be green when they are financially in the red.”

Mr Ferguson says the crux of farmers’ concern is that by focusing on delivering “public goods” in relation to the environment, there is the danger that the crucial importance of food security and standards is being lost. “Food production must be at the heart of agricultural policy, both at a UK level and in Northern Ireland. If a farm business is not profitable, it’s not viable and will not be able to deliver the ‘public good’ the government is looking for.”

The comments were made after the UFU submitted its response to DAERA’s consultation on Northern Ireland’s future agriculture policy post-Brexit on behalf of the organisations’ 11,500 plus farming families. It was formulated after lengthy discussions at meetings of the UFU’s 16 policy committees and ratified by the UFU’s Executive. The detailed response covers a range of issues and outlines key measures that government should enact to help the farming sector thrive in the coming, potentially turbulent, years.

In it, the UFU argues funding for agriculture must be at least maintained at the current level of existing support and that the types of trade deals secured by the UK post-Brexit will determine what level of direct support farmers will need. “For years, direct payments from the EU have effectively acted as a cheap food subsidy, benefiting consumers. This is where the majority of farm income in Northern Ireland comes from. A drastic change from this system without adequate time to plan, would lead to cliff-edge scenario for many farms,” said the UFU president.

Farmers are also concerned by the possible threat of lower standard imports flooding the market post-Brexit depending on the trade deals secured. “We pride ourselves on the high-quality, traceable, affordable food we produce; that UK consumers expect. We farm to some of the highest quality, welfare and environmental standards in the world. Lower standard imports cannot be allowed into the UK market to undermine local producers, making us less competitive.”

The UFU says farmers should also be recognised for the many positive environmental benefits they already deliver. Mr Ferguson said, “There is already a lot of good work done on farms. This needs to be recognised. In many ways, Northern Ireland is already ‘green by definition’. Our primarily grassland based farms and hill land act as carbon sinks. We have more hedgerows than any other region in the UK.

“There are still areas where work can be done. We are keen to work with government and industry partners to find ways to deliver ‘public goods’ that take into consideration the realities of practical farming.”

The UFU recognises there are big changes coming and that farmers must be prepared. Mr Ferguson said, “The government must allow as much time as possible for transition to the new policy. Farmers will need time to adapt their businesses. Also, flexibility for the different UK regions is key. Farming in the south of England is different from farming on the north coast of Northern Ireland. Our local policy must suit our needs.”

The absence of a government at Stormont has added an extra challenge to Brexit preparations. “We need our local politicians to get back to work. Responding to this consultation is all well and good but now it will sit with civil servants. It is unclear what decisions can be taken and what can be implemented while we continue to have no government at Stormont,” said the UFU president.