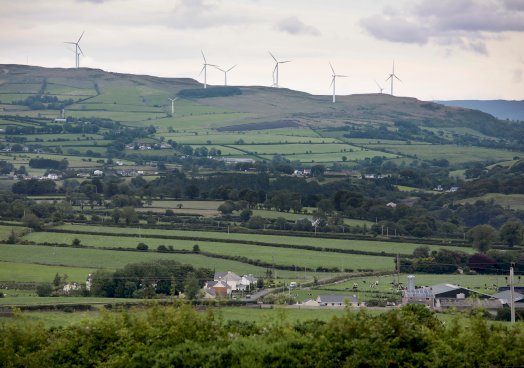 Biomethane – A self-sufficient and carbon negative solution to growing problems

News headlines have featured rocketing wholesale gas prices, labour shortages and a supply chain crunch emulating from haulage issues, which could stand to cripple many parts of our economy.

Six weeks ago, I highlighted that biomethane is a carbon negative solution to net zero aspirations and is at our fingertips. Now as we step towards further supply chain disruption and doubts as to energy supplies, biomethane could again provide a short-term solution, yet unbelievably the government has failed to grasp this.

Energy prices and self sufficiency

Wholesale gas prices have driven an increase in energy prices. Not only are household energy bills expected to surge, but most concerning of all, the government is being told by manufacturing leaders that wafer-thin gas reserves have left the economy vulnerable to an extreme global supply squeeze. Matters have been exacerbated by a fire last week at the national grid installation in Kent, which led to the shutting down of the interconnector with France.

Whilst the whole of the UK will be looking to government for leadership to avoid potential catastrophic circumstances, it does highlight the stark reliance on external sources for the heat and power we rely upon.

In reply to security of supply concerns, the government said they are investing millions of pounds into scaling up strong renewable energy capacity and driving down demand for fossil fuels. Yet the renewable capacity they are focusing on is intermittent, yet biomethane is not being considered, despite being readily available and if injected into the grid, controllable.

The Department of Economy (DfE) are failing to grasp the very promise that biomethane can offer the debate and instead would appear to be heaping their chips on hydrogen and the electrification of heat. Hydrogen will play a part in the energy transition, and I have written about it previously, but what is becoming clear is that this is a long way off, yet biomethane is available now and ready to play its role as an alternative to fossil fuels.

We have already set our reservations on future DfE energy strategy vision and their reliance on the electrification of heat and specifically the roll out of ground source heat pumps, specifically the cost of the heat pumps. Yet now the development of the actual infrastructure needed to support the roll out of these heat pumps could be curtailed even before it has started because the building sector is facing a supply crunch with shortages of building materials and labour.

Even before this supply crunch, eyebrows were raised at the prospect of having to retrofit 27 million UK households with heat pumps.  Now with the building sector under pressure like no time in recent memory and the non-existent supply chain in Northern Ireland (NI), we are in a position where we would have will have to import the heat pump technology and there are questions about who will be able to service them.

Biomethane if injected to the natural grid is a ready solution to the undeveloped supply chain for heat pumps. Existing gas boilers do not have to be adapted to incorporate biomethane gas and is an available option whilst government attempt to facilitate heat pumps, but government has again failed to acknowledge this.

As we face energy shortages and potential delays to any rollout of the governments preferred option in the form of heat pumps, we are once again calling upon NI energy policy makers to take notice of the potential of biomethane.