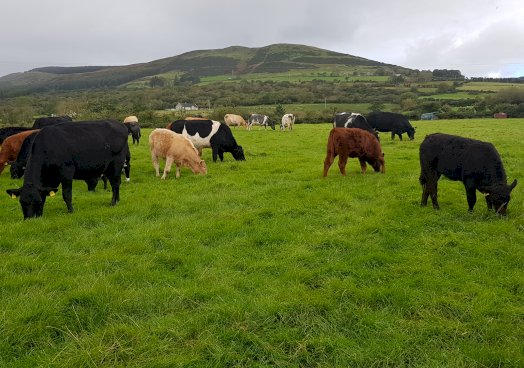 UK/Australia deal – what it means for farming

The UK press is currently reporting that the Prime Minister (PM) Boris Johnson, will offer Australia a 15-year transition to a zero-tariff, zero-quota trade deal. It was also reported that the PM has agreed to offer protections to maintain high standards of British farming.

Clarification is required from government as to how this trade deal is in line with their own policy about respecting sensitive areas and the apparent ‘safeguards’ that the media have said government will put in place to protect local farming.  So, what can we expect with a trade deal such as Australia?

As we all know trade is fundamental to farming, the value chain it services and the consumers who buy our products. Along with growing our home market, developing new markets abroad is essential for the future of agriculture. To successfully do both, the government must understand the interest that a country has in gaining access to our domestic market and the competition that could arise within our market should access be given, when engaging in trade negotiations.

Liberalising trade through a reduction in tariffs with third countries may bring benefits for the UK economy, including the creation of some opportunities for British agri-food exports. However, any Free Trade Agreement (FTA) that is concluded, will also increase market access into the UK for those countries, thus increasing competition for UK agri-food businesses.

Any finalised agreement must be balanced, it must include the whole agri-food value chain and must put sufficient measures or safeguards in place to respect domestic production standards - particularly for those sectors deemed as sensitive. This could include significant periods of adjustment due to allowing access to markets, specific safeguard clauses to ensure action can be taken to avoid damaging price falls for UK producers and providing enough financial support to help any farmers affected by trade deals.

Australia represents a market of almost 24 million people, compared to the UK population of 65.6 million and at present, trade between both parties is well balanced. The value of UK food, feed and drink exports in 2017 was £410million and imports £423million (HMRC data). However, the structural gap between these markets means that there is potential for this modest trade deficit (UK imports being greater than our exports) to widen, which would be damaging to the UK agri-food industry.

Liberalising trade through a reduction in tariffs with third countries like Australia may bring benefits for the UK economy. However, the UK government’s own scoping assessment estimated that economic output, as measured by gross domestic product, would increase by a very modest 0.02 percent at most, if all tariffs were removed and 50 percent of non-tariff barriers were addressed. This is equivalent to just £200 - £500m for the UK economy.

The modelling finds that in this scenario, imports from Australia would be expected to increase by 83.2 percent, primarily in sectors where Australia producers are more competitive than the UK, namely semi-processed foods and agriculture.

What needs to happen for farmers?

The government must take a bold but balanced approach to negotiating with partners like Australia. This approach must ensure that UK farmers are able to continue to produce food to world leading standards which they are proud to uphold, while allowing them to compete fairly both at home and abroad. Australia is a major producer and exporter of agricultural products and as such represents direct competition for UK agriculture.

There are opportunities for the UK to grow our exports to Australia, particularly for dairy products (mostly hard cheeses like cheddar) and pork, provided tariffs are removed and complex non-tariff barriers are dismantled. However, this opportunity must be balanced against the interests of Australian agriculture as their negotiators will be aggressive in their asks for access to the UK market for their very competitive beef, sheep and cereal producers. We know the Australians are well practised trade negotiators and any market access given from UK negotiators, must respect domestic production standards and must respect our most sensitive sectors.

Image caption: Beef is one of the sectors that has been deemed as sensitive in relation to UK/Australia deal.