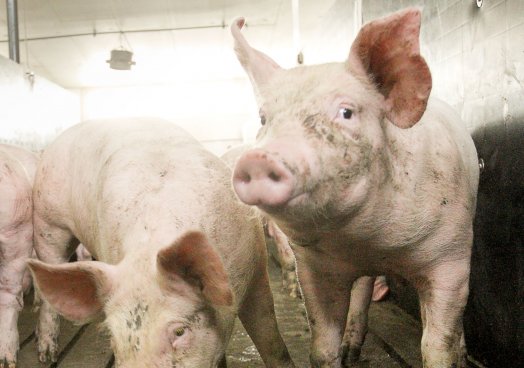 The latter half of 2014 has proved to be a very stressful time for pig farmers in Northern Ireland. With continued price slippage due to external market forces adversely affecting the profitability of many farms, the Ulster Farmers’ Union is to take action to address these market difficulties.

Jonathan Cuddy, UFU Pork and Bacon Committee Chairman said, “We fully understand the external factors affecting Northern Ireland farmers and processors and the need to compete with cheaper imports, but the price differential between NI and the rest of the UK has been steadily increasing over the past number of weeks to unacceptable levels.   This difference needs to be rectified as soon as possible, otherwise farmers may consider reducing their numbers or indeed leaving the industry.”

The UFU is encouraged that the EU’s Agriculture Commissioner Phil Hogan has recently agreed to explore the option of private storage aid for pigmeat in early 2015 in an attempt to alleviate the situation caused by the Russian market collapse. Mr Hogan stated that delegates have a strong case to show the extent of the acute financial constraints pig farmers are currently facing and promised to consider the need for a targeted level of support in the New Year.  This would provide some much needed respite the industry in Northern Ireland against what has been a particularly difficult few months.

On the back of the Russian ban, a strong Sterling-Euro exchange rate also continues to put downward pressure on the UK market, making cheaper EU imports increasingly attractive. In an attempt to promote the use of more NI pigmeat in our local marketplace, the Ulster Farmers’ Union in conjunction with Pig Regen and the Ulster Pork and Bacon Forum have committed to a programme of DNA testing of pork and pigmeat products, building up a databank of all boars that contribute to Northern Irish Pig meat production.  Doing this will make it possible to test pig meat, processed or unprocessed, and confirm if it is Northern Irish through matching it back to this boar databank.  Based on this scientific evidence, the UFU will then identify companies who are using imported pig meat which may not meet the animal health and welfare standards of Northern Ireland and expose anyone who is misleading consumers about the origin of their products.

To facilitate this, all potential boars of Northern Irish production pigs, both on farm and in AI stations, will need to be DNA tested and the information registered on this databank. All pig farmers in Northern Ireland will shortly be receiving a letter which will outline the scheme in full, highlighting clearly what each individual farmer is required to do. Jonathan continued, “I would like to encourage all pig producers to fully cooperate with this DNA scheme to ensure that it is a success.   It will bring direct benefit to local pig producers, as we continue to develop a strong local market through our NI origin label and seek new opportunities for export growth.”

Jonathan concluded, “The Union is also including actions in this strategy to communicate the need for a justifiable producer pig price and to assist with the development of new export markets for longer term stability”.