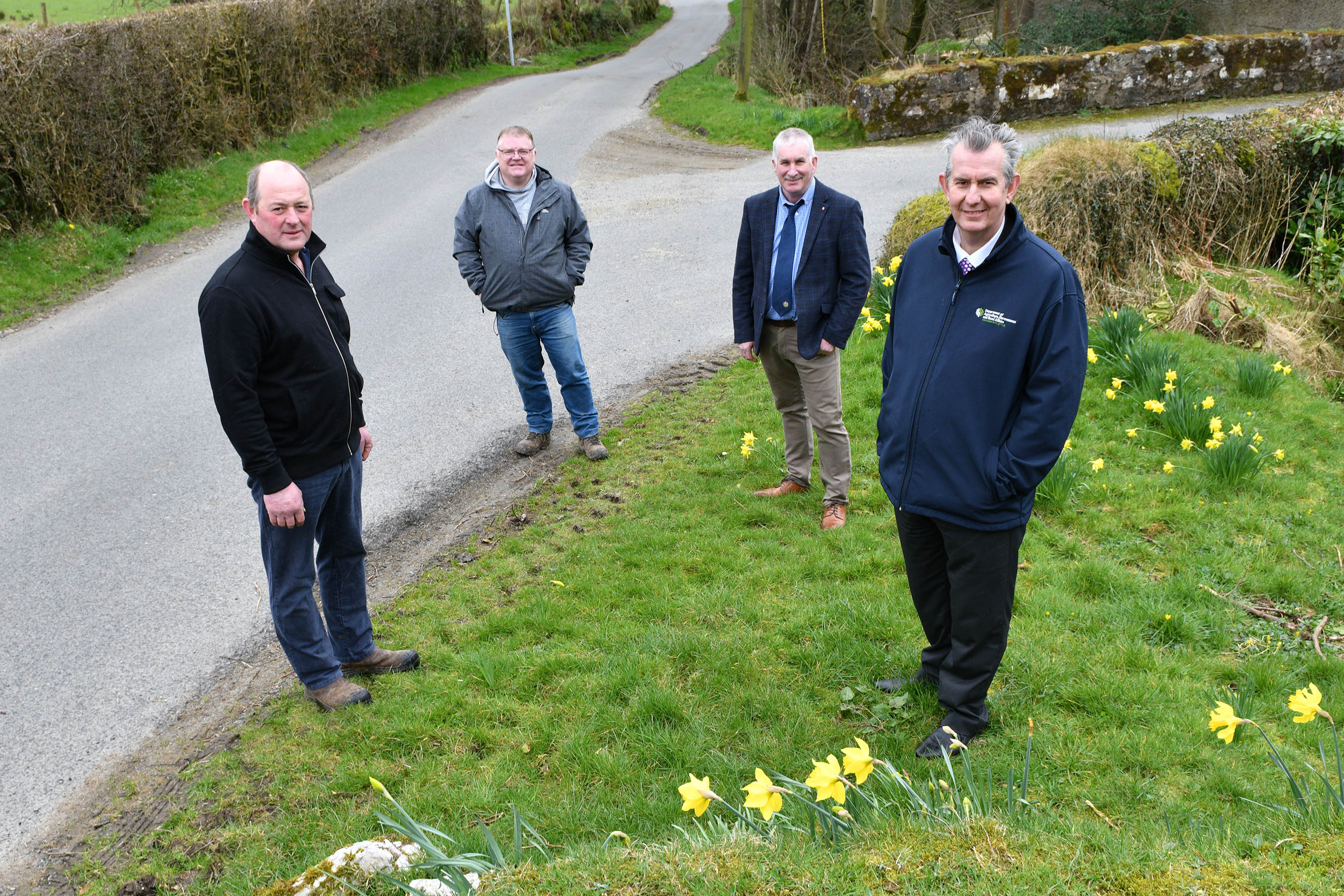 Yesterday (24 March), the Ulster Farmers’ Union (UFU) president Victor Chestnutt visited the areas affected by the North West flooding in 2017, accompanied by the Department of Agriculture, Environment and Rural Affairs (DAERA) Minister Edwin Poots MLA and Declan McAleer MLA. They met on Drew Fleming’s farm. He was one of many impacted by the heavy flooding. Due to COVID-19 there was only a small number of representatives present to discuss the challenges farmers in the vicinity faced and are still facing as a result.

UFU president Victor Chestnutt said, “We are fast approaching four years since the devastating floods in the Glenelly and Owenkillew valley and surrounding areas. It’s an injustice that these farmers, whose land was flooded and endured the devastating impact of landslides and erosions caused by the heavy rainfall that takes place once in a 3,000 year occurrence, did not receive any support to help them restore their land for agricultural use. Simply because there was no government at the time.

“I appreciate Minister Poots and Declan McAleer MLA for taking the time to visit local farmer Drew Fleming and farmer representatives, to learn of the challenges he and other farmers affected in the area, have been dealing with since the flooding took place. The Minister has assured us that he is now considering requests for financial assistances and has plans to make an announcement on this matter in the future. I urge him to do this as soon as possible as the flooding victims have been left in limbo for far too long. I am delighted that progress is finally being made.”