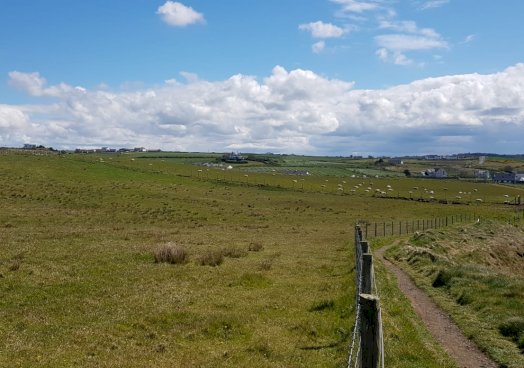 The Ulster Farmers’ Union (UFU) has joined a UK-wide coalition of 18 organisations, led by the NFU, calling for a national ban on sky lanterns (see NFU’s press release attached, dated 4 May).

UFU deputy president David Brown, is one of the signatories on the letter which was sent to Environment Minister Rebecca Pow. It called on the UK government to prohibit or restrict the importation, use, supply or storage of injurious substances or articles such as sky lanterns.

UFU deputy president David Brown said, “The UFU are supporting a call to government to make the use of sky lanterns illegal across the entire UK. Those who light sky lanterns have no idea where it will end up and quite often, the burnt out remains fall into farmers’ fields, littering them and damaging the environment.

“Recently our Mourne Mountains were engulfed by wildfires. Sky lanterns have the ability to start uncontrollable fires especially during the dry weather, putting extra pressure on our emergency services, endangering habitats and rural communities. They also have the potential to hurt livestock as animals could eat the metal wire frames which will pierce their internal organs and cause life threatening injuries.

“There is no way to ensure that sky lanterns are used safely from the moment they are lit until they land because they are uncontrollable once released into the air. The safest thing to do for everyone, is for government to ban the use of sky lanterns nationally.”