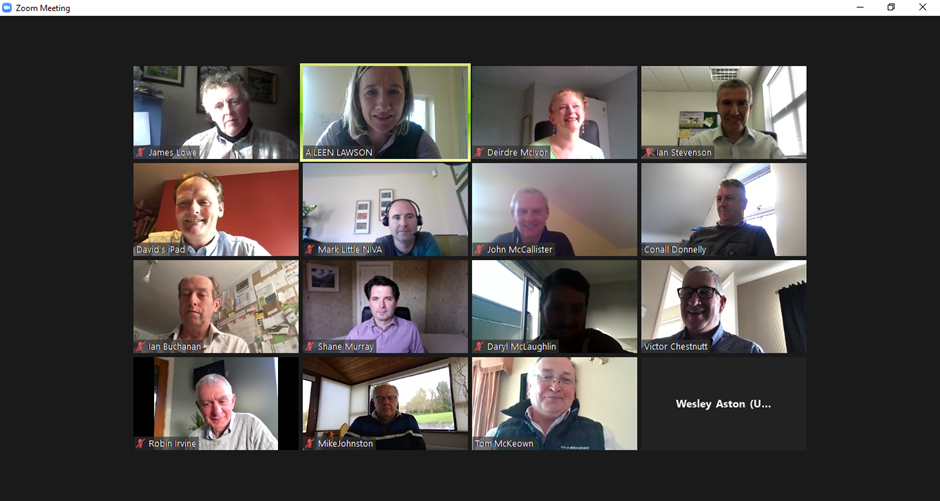 UFU president Victor Chestnutt said, “We organised an online meeting with representatives from various sectors within the NI agri-food industry. It was vital that we came together to discuss climate change - the biggest issue facing agriculture - and in particular, Clare Bailey’s Private Member’s Climate Change Bill which was introduced to the assembly earlier in the week.

“While all organisations within the agri-food industry recognise the need to tackle greenhouse gas emissions that are emitted during the course of food production, it must be done in a manner that doesn’t impact negatively on local food production. Legislation needs to support our farmers to reduce emissions without restricting or lessening their ability to produce high-quality food that consumers expect.

“NI farmers produce food to much higher environmental and animal health and welfare standards, than other countries across the world. It’s vital that this is acknowledged and that our agri-food industry is not exported overseas because of legislation that has put the clampers on our ability to produce food here in NI. If this were to happen, we would not be making a positive contribution to reducing greenhouse gas emissions. We would simply be exporting our environmental problems by importing food from other regions where emissions are higher due to lower environmental standards, therefore causing carbon leakage.

“In order to ensure that the correct climate change legislation is put in place that helps NI reach its net-zero target while supporting local food production at the same time, we will be working together to highlight our concerns to local politicians. The future of our food and farming sector depends on it,” said Mr Chestnutt.