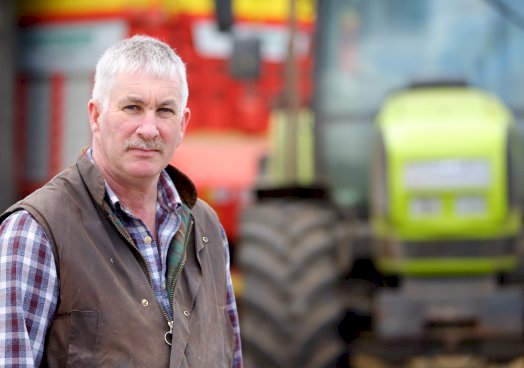 The Ulster Farmers’ Union (UFU) is disappointed by the voting result on the climate change Private Member’s Bill, at the Northern Ireland (NI) Assembly today (10 May). Tabled by leader of the Green Party Clare Bailey MLA, the majority of MLAs voted in support of the bill at Stormont despite the UFU urging them to follow the advice of independent experts in the Climate Change Committee (CCC).

UFU president Victor Chestnutt said, “We have constantly reiterated that the UFU supports climate change legislation and the need to tackle emissions from agriculture, but proposals must be fair and credible and backed by evidence – at the present time, this climate change Private Member’s Bill does none of these things.

“We’re extremely disheartened that despite our substantial endeavours to highlight why our MLAs support for this bill could be a step towards destroying one of our most successful industries, it has fallen on deaf ears. Many of our members reached out to their local MLAs asking them to listen to the advice provided by the experts on the CCC and to support local farmers in their efforts to reduce emissions without diminishing our ability to produce food to world leading standards. Our farmers are the climate change solution, not the problem. They’re committed to playing their part to combat this global issue and while we’ve been thrown under the bus for the popular vote, this has not changed.”

Following the second reading, the bill is now set to become legislation. However, before it progresses through the remaining scrutiny stages, the focus now shifts to bill amendments and ensuring MLAs honour their word in their support for the agri-food sector.

“Our goal now is to ensure amendments are made to create a fairer framework that is backed up with expert advice and allows our local farmers to reduce emissions on farm without drastic livestock reductions while continuing to feed the nation.

“Many of our MLAs stated that they do not want to damage our agri-food sector and we’re going to ensure they stay true to their word. The future of faming and local food production depends on it. Exporting our industry overseas is a major concern about this bill, especially when our emissions are less than half the world average. The correct amendments need to be made to guarantee this doesn’t happen because otherwise, we would be contributing to increased global emissions and it would be counter-productive to combatting global warming.

“We will continue to lobby our MLAs to certify that when the bill returns to the NI Assembly for the final decision on it becoming legislation, that it has been amended appropriately to support and protect local farming and food production,” said Mr Chestnutt.

To view the debate and listen to what MLAs said during the proceedings, click here.