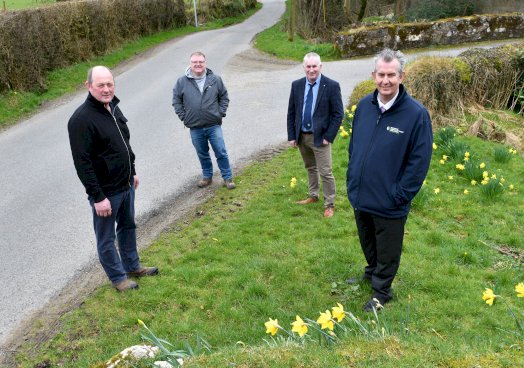 The Ulster Farmers’ Union (UFU) says members in the North West that applied for a Force Majeure when their farm businesses were impacted by severe flooding and landslides during August 2017, can now apply to the £2.7million support scheme. It was officially opened by Agriculture Minister Edwin Poots yesterday (28 July).

UFU president Victor Chestnutt said, “We’re delighted to see that Agriculture Minister Edwin Poots has officially opened the support scheme for farmers affected by the 2017 flooding. Our farmers in the North West area stretching from Strabane to Drumahoe (commonly known as the Glenelly floods, also affecting the Owenkillew Valley), can now apply for the support they need to compensate for the losses incurred and to help restore their land for agriculture use.”

The scheme will close on 12 August and eligible farm businesses will receive a letter inviting them to apply.

“We lobbied continuously to get support secured for those farmers who completed majeure forms and we encourage our farmers who are contacted by letter to submit their application as soon as possible as the window is very short.

“We thank Minister Poots for all the work he has put into the scheme to date, and we hope that farmers will receive the financial relief they need quickly so that they can move forward.”

Further information on the scheme can be found on the DAERA website by clicking here.