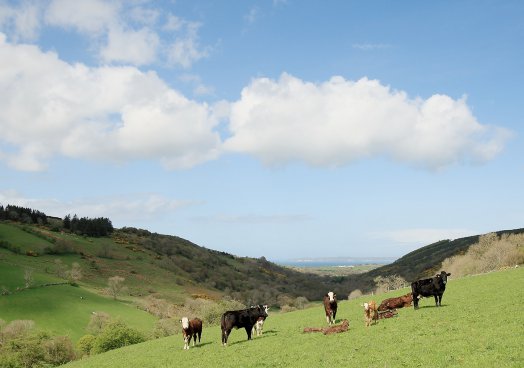 The central importance of succession on family farms is underlined in the results of a land mobility survey carried out by the Young Farmers Clubs’ of Ulster (YFCU) and the Ulster Farmers’ Union (UFU).

UFU president, Barclay Bell, said, “This does not come as a huge surprise but it does confirm that we are on the right track with our efforts to raise awareness about succession planning and a land mobility scheme that would link young farmers with older farmers seeking to retire.”

Almost half (48 per cent) of farm businesses surveyed had not identified a farming successor, with one in five saying they had ‘no reason/no good reason’ for doing so. Mr Bell said families often find it  difficult to talk about succession and that there is reluctance from both young and old to raise it.  “The lack of succession planning is however a risk to farm businesses and the industry as a whole,” he said.

Of those surveyed who had not identified a successor, 61 per cent had not sought advice or information.  But over half (53 per cent) said they would be interested in a succession/inheritance planning advisory service. “More education and awareness around options for land mobility and land consolidation are needed. The evidence suggests that farmers often rely on familiar short-term mechanisms, such as conacre, and largely overlook better options, such as partnership and long-term lease arrangements.  This possibly reflects a lack of understanding and confidence,” said Mr Bell.  He added that there are big challenges for farming families around succession planning and the UFU and YFCU want to ensure good information is accessible.

The proportion of farmers in Northern Ireland over 55 years old increased from 52 per cent in 1993 to 59 per cent in 2013.  Over the same period, the percentage under 44 fell from 26 to 17 per cent. YFCU president, Roberta Simmons, said this was ‘a startling trend’ and that there is ‘little doubt’ difficultly accessing land had played a role. “Access to land or land mobility has long been an issue for young farmers. The aim of the research was to get a better understanding of the thinking of those who had not yet identified a successor.  That is the key to tackling the problem,” she said.

Of the farmers surveyed, one in five who had identified a successor have planned for the transfer of the farm via a will.  The YFCU president said delaying the transfer until death could discourage young farmers from investing fully in the farm. “This situation is of little benefit to a farm business or the wider industry. Our agricultural colleges are full to capacity, so it is clear many young people want a career in farming - but land mobility remains a barrier. This needs to be addressed with urgency.  If not, the consequences will be far reaching for the entire agri-food industry,” Roberta Simmons added.

The UFU and YFCU are continuing to work to establish a land mobility scheme to link young farmers with older farmers keen to retire, but who have no succession plan.  The detail and possible funding arrangements are now being finalised. This will also be raised with the DAERA minister in the near future.