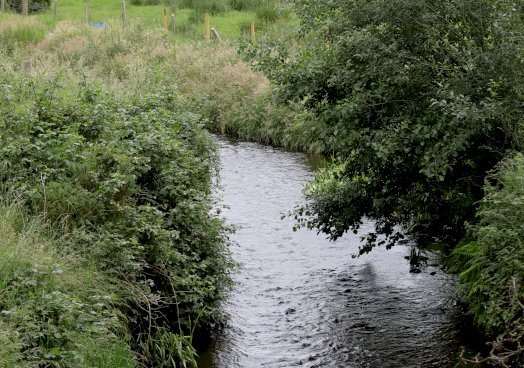 This non-executive bill acknowledges that microgeneration renewable technologies such as solar panels and small-scale turbines, allow energy consumers to become energy producers. Something which the Ulster Farmers’ Union (UFU) have advocated for many years, but the bill goes further with a new line of thinking in terms of how micro-scale generators could be rewarded for electricity generation.

Many UFU members have already taken steps by embracing such technology and have contributed to meeting the targets of the Strategic Energy Framework. This ranges in terms of technology, scale and capacity, but NI is now producing c.47% of our electricity from renewable sources, a feat which sets us miles ahead of many other countries in North West Europe. However, this has stalled with the ending of the NI Renewables Obligation but also more critically, the fact that the new Department for the Economy (DfE) energy strategy is not yet at the consultation stage and consequently its findings will not be published anytime soon.

Yet what is certain is that the drive to net zero carbon emissions means that the small-scale renewables will be key in helping us meet more stringent targets.

Now to the new line of thinking. The intention of the bill is to boost microgeneration by placing a legal requirement on electricity providers and suppliers to pay a statutory minimum price for electricity they receive from private homes, farms, businesses and community schemes. This would include farming enterprises producing renewable energy. It would require a minimum price to be based on current and relevant economic factors i.e., the unit price of renewable energy. The proposed bill will also set a minimum threshold for market share, placing an obligation on electricity providers to ensure that a minimum of five percent of their total electricity supply comes from renewable micro-generation. This will then determine what providers are obliged to offer a minimum price for electricity generated from this level of renewable capacity. The draft legislation sets this rate at five percent.

In reply, the UFU must stress that Mr O’Dowd in his proposal states that responsibility for overseeing this will fall to the Department of Communities. This incorrect, it is actually Department for the Economy (DfE) who are responsible for energy policy.

Furthermore, the proposal does not appear to have any further detail in terms of how this would be progressed if it gains traction in the NI Assembly. For example, there is no reference to the regularity implications for such a proposal. There are a plethora of rules and regulations underwriting how electricity is priced in NI and these will need to factored into how this idea progresses. Also, it was mentioned previously that DfE are working on a future energy strategy and it remains to be seen how this bill will work within the findings of this sizable body of work. In fact, the proposal makes no reference to the DfE work currently being undertaken which is concerning. The two will need to work in tandem and there is no mention in the work by Mr O’Dowd. Secondly, how will it work alongside the ROC system? This could have an impact upon the setting of any minimum price for electricity going forward.

This aside, there are many questions which remain unanswered in the proposal, and at this stage, the UFU have no formal position and it will need to be discussed further by our rural enterprise committee.

Aside from the unanswered issues set out in this article, the most positive message from this proposal is that in order to push away from using fossil fuels and to renewables, the message from John O’Dowd is that we must not only change how we generate energy, but we need to change who generates it. This is a nod to the potential for sustainable small scale renewable generation in the countryside. Something that the UFU have long advocated.

To date this is the only piece of new thinking in terms of how to progress small scale renewables in NI, and it could pave the way for further innovative thinking going forward from other stakeholders and parties, but hopefully there will a bit more flesh on the bone in these future proposals.