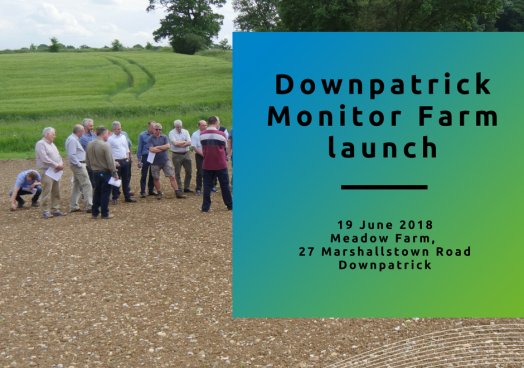 The Ulster Farmers’ Union is encouraging arable farmers to come along to the launch of Northern Ireland’s first arable monitor farm on 19th June.

UFU deputy president David Brown says having a local monitor farm will be of significant benefit to the arable sector. “There are already a number of Agriculture and Horticulture Development Board (AHDB) Monitor Farms in other parts of the UK. They bring together groups of like-minded farmers who wish to improve their businesses through efficiencies and innovation by sharing performance information and best practice around a nationwide network of host farms. The UFU has been lobbying for a number of years to see a monitor farm set up in Northern Ireland.”

Robert Moore, who represents Northern Ireland on the AHBD Research and Knowledge Exchange Advisory Committee says, “AHDB organises and facilitates monitor farm meetings for farmers. However, the farmers own and operate the scheme but also have direct access to a huge amount of research and support from AHDB. It is a very successful programme and all the more important given the potential challenges the arable sector could be facing post Brexit. Anyone with an interest in the future sustainability and prosperity of the arable sector in NI should fully support this positive programme.”

Downpatrick farmer, Richard Orr, is the first to host a monitor farm in Northern Ireland. The launch takes place at Meadow Farm, Marshallstown Road, Downpatrick, Co. Down BT30 8AH on Tuesday, 19th June from 10.30 am until 2.30 pm (approximately) and lunch included.

If you would like to attend the meeting please use the booking link on the monitor farm page of the AHDB website https://cereals.ahdb.org.uk/Downpatrick or phone Judith Stafford on 07891 556623.