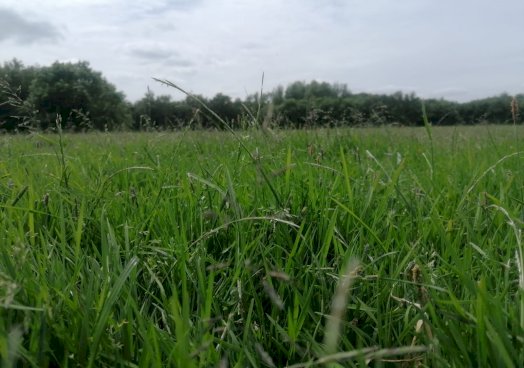 Northern Ireland could be world leader in biomethane

Northern Ireland (NI) agriculture is in a position to become a world leader in the production of a fossil fuel alternative.

Biomethane (or renewable natural gas) is produced via Anaerobic Digestion (AD) and acts as a direct substitute for conventional fossil fuel natural gas when injected into the gas network.

In my last commodity watch I outlined that NI agriculture can support the growth of the biogas sector as the primary providers of biomethane. DAERA have already stated that NI could produce 130-580 million cubic metres of biomethane per year and generate up to 2,000 GWh of power or heat annually. 30% of natural gas could be displaced by biomethane.

Biomethane can be produced at scale and is safer to distribute than hydrogen. BEIS reported this week on the limitations of hydrogen. It is lighter and more flammable and consequently four times as many explosions compared to conventional gas boilers. Whilst this could be countered by installing excess flow valves, this will be a costly additional expensive.

So, biomethane presents a cost-effective solution in terms of infrastructure (through the natural gas network it is already in place), which will be significant when considering the HM Treasury review of the costs of meeting climate change targets has been delayed once again. Estimates have indicated that £50 billion of investment will be required annually until 2050 but the concern is that this will be an underestimate.

Aside from cost, let us consider the two biggest game changing aspects of biomethane within the context of net zero and detaching us from our reliance upon fossil fuels.

Firstly, unlike green hydrogen, biomethane is carbon negative, which means it has a net effect of removing carbon dioxide from the atmosphere rather than adding to it.

Secondly, there is the prospect of NI becoming self-sufficient in gas.

This summer we have seen a concerning development which has highlighted the UK reliance upon imported natural gas. A game of geopolitics is panning out between Vladimir Putin and European authorities focusing on the interlinked pipelines bringing gas to these shores. Currently the UK natural gas capacity is standing at 29%, compared to the usual seasonal levels of 52% for mid-summer. Depleted gas stocks were not renewed on the back of restricted gas flows on the key European pipelines bringing gas in from Russia and surrounding territories. This scramble for gas supplies will be heightened by spiralling wholesale prices which has seen European gas prices reaching a 13 year high.

Through biomethane injection we have the potential to meet the needs of the gas distribution network in NI with more left in reserve which can be directed to other resources, i.e transport. We will look at the potential for biomethane in relation to transport in the next commodity watch.

By its very nature, biomethane presents a further opportunity for the circular economy.

The AD process enables nutrients and organic matter to be recycled back to the land in the form of digestate, but with biomethane production, the potential goes beyond this, taking the green economy to a new level. Sceptics have pointed to the potential technical complications of taking biogas to the next stage of the supply chain. The key will be the business surrounding the collection of the biogas off farms which is then taken to a central collection point. The UFU envisages that there may be a role for a cooperative organisation in this part of the business development. Rolling out of RNG in this way will make this carbon negative fuel available to rural communities and will do much to relieve fuel poverty.

The UFU are repeating our call made in our response to the DfE Energy Strategy Consultation. Namely the urgent need for the speeding up of much-needed legislative facilitation and regulatory approval to permit biomethane injection into the gas network.

This will be the first step in bringing about the reality of NI agriculture becoming a world leader in producing a locally sourced carbon negative alternative to conventional fossil-fuel natural gas.