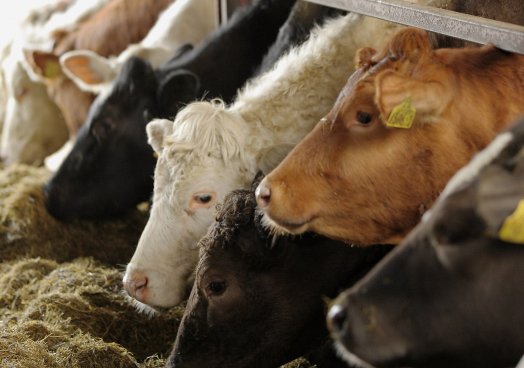 Ulster Farmers’ Union Deputy President Ivor Ferguson has said that the decision by local meat plants to pull the price of beef over the last number of weeks is sending out the wrong message to young farmers.

Ivor said: “In recent weeks we have witnessed 2700 young people from across Northern Ireland successfully complete the Level 2 Agriculture qualification, many of whom are from a beef farming background.  However during that same period we have also witnessed meat plants pull their quotes for finished beef by 20p/kilo.  With spring conditions slow to improve, we are at a period of time when finishing costs are historically high and once again processors are showing their lack of understanding of the costs associated with producing the raw materials they need.  This has left farmers questioning how they are meant to encourage young people into the business when meat processors seem so keen to devalue the product farmers produce and instead appear constantly focused on their short term gains rather than investing in a supply base which can work off a sustainable price going into the future.

“While it is positive that some processors are driving ahead, upgrading their facilities and creating more local jobs, the reality for their farmer suppliers is that this year is proving to be one of great uncertainty. Beef farmers are very concerned about the impact CAP Reform is going to have on their business over the next 7 years both in terms of land availability and the loss of income which will be felt on many beef farms as they move down towards a flat rate payment. Furthermore, with no sign of DARD committing to the introduction of a Beef Efficiency Scheme the like of which has been introduced in Scotland and the Republic of Ireland this leaves farmers feeling like they are at a competitive disadvantage compared with neighbouring regions.

Ivor continued: “With such uncertainty around the direction of beef prices at the minute, farmers need to demonstrate extreme care in where they find their market.  Farmers must give serious consideration to the live market which undoubtedly drove competition for cattle through the autumn when prices began to rise. Currently, the live ring is the only true market where producers will find competition for their stock and with slaughter ready cattle and heavy stores still in demand farmers may find a valuable alternative to the local meat plants.

Where farmers do decide to follow the deadweight option they must be prepared to price around as the price paid for cattle is varying between plants and in some cases is well above the quotes on offer.  Where possible producers must also keep an eye on the weight of slaughter fit cattle as the extra weight above spec is only putting more beef into the system, giving processors an excuse to pull prices.”