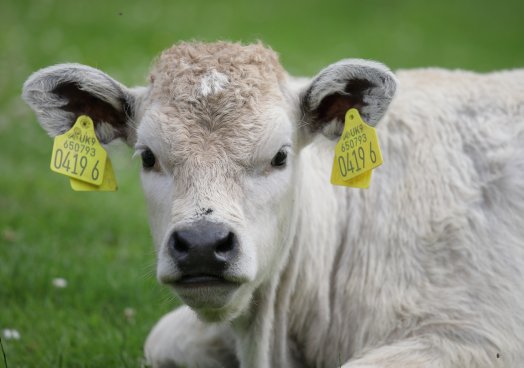 Legislation needed to drive BVD to eradication in NI 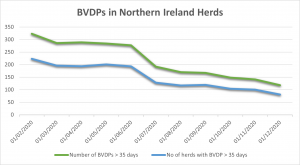 Bovine viral diarrhoea (BVD) occurrence on farms in Northern Ireland (NI) has made great gains during 2020. The number of herds retaining BVD positive cattle for more than five weeks has dropped to 81 herds (with 118 cattle). Whilst there is some fluctuation in the figures, they have fallen to one third of the levels 12 months ago. This is in no doubt attributed to amendments made to assurance schemes whereby farms cannot host a persistently infected (PI) calf on farm if they are a member of an assurance scheme.

Of course, the question remains as to why any farmer would want to keep a PI calf and accept the high risk of infection to the remaining herd, that comes along with an animal that is confirmed as BVD positive?

The number of NI cattle over five weeks of age that have an unknown BVD status (BVDU) and are required to be tested is approximately 14,000 at present. All of these animals are restricted within their herd under the Animal Plant Health Information System (APHIS) until a sample has returned a negative test result from an approved laboratory. The Ulster Farmers’ Union (UFU) animal health and welfare committee continue to encourage farmers to test cattle of BVDU status as soon as possible. It is essential to establish whether animals are infected with the BVD virus early in life and minimise any risk of transmission to other animals.

All PIs shed enormous amounts of the virus and pose a very significant risk to other cattle on their holding as well as to cattle on neighbouring premises. Therefore, their identification and removal is key to disease control.

From a disease control perspective, it is industry’s aim that every bovine animal in NI should have a direct negative (BVDN) or indirect negative (INDINEG) status. For those farms that have a full BVD negative profile and have not experienced BVD infection within the last year, the focus must continue to be on safeguarding the herd. Such herds are not safe from infection. BVD may be re-introduced to the herd at any stage by purchasing pregnant animals carrying PI calves, by a neighbouring infection or by infected material being carried onto site.

To maximise on the progress that has been made, the UFU animal health and welfare committee continue to engage with the Department of Agriculture, Environment and Rural Affairs (DAERA), requesting the introduction of further measures in a bid to drive this disease to eradication.

The UFU animal health and welfare committee would like to encourage all farmers to take note of the plan below from the BVD Implementation Group. It is aimed at encouraging all stakeholders to engage fully with the programme to maintain and build on the advancements made.

Farmer cooperation with the BVD Programme has been excellent to date. The UFU animal health and welfare committee believe that with continuing engagement from farmers, and cooperation from DAERA, industry can look forward to the elimination of the BVD virus from the NI cattle population in the near future.