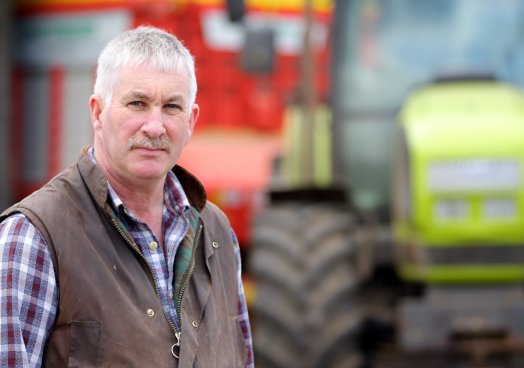 The Ulster Farmers’ Union says it’s concerned by the dramatic rise in attacks and thefts of ATM machines in rural areas. UFU deputy president, Victor Chestnutt said, “With many local banks closing branches in rural areas, ATMs offer a vital financial service to the community. Also, the financial harm inflicted on a small, family-run rural business cannot be underestimated either.”

The ATMs falling victim to attacks from criminal gangs are mostly in rural areas and the UFU says this has created a feeling of fear amongst members in those communities. UFU deputy president, Victor Chestnutt said, “These attacks highlight the vulnerability of the countryside, rural villages, and hamlets to thieves whose actions can only be described as reckless. It is disappointing that since October 2018 there have been eight attacks on ATM’s in Northern Ireland with two machines having been removed during one attack earlier this year.”

Thieves are using large expensive pieces of stolen plant machinery to remove the ATMs and subsequently destroying them. Mr Chestnutt said, “Not only are farmers and their families concerned by the ATM attacks but there is also an increased risk of farm plant machinery being stolen.”

Mr Chestnutt has appealed to anyone with information about these thefts to speak with the PSNI. “This will help to ensure that those individuals who are determined to destroy our rural communities are brought before the courts and are held accountable for their actions,” he said.

The PSNI can be contacted on the non-emergency number 101 or in an emergency dial 999.