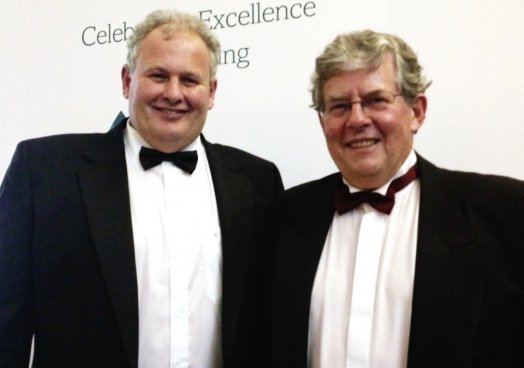 The Ulster Farmers’ Union has said it is ‘shocked and disappointed’ following the news that BBC Northern Ireland has decided to end the long running and widely respected farming and rural affairs programme Farm Gate.

Ulster Farmers’ Union President Ian Marshall said: “As soon as we became aware of the threat to the Farm Gate programme we immediately contacted the BBC to express our shock and extreme disappointment that they would even consider ending this vital farming programme. For the last few weeks we have been lobbying BBC senior officials behind the scenes to save this programme, however, it was clear from the outset they had made their minds up without any consultation with the farming community. We have warned them that farmers will not take this news lightly and they should expect a serious backlash from farmers and indeed the wider rural community as a result of this unpopular decision.

“Farm Gate has always been well-received and respected by the farming and rural communities but also has a much broader audience and is an invaluable information source for the wider general public about food and farming news. In an age when consumers are increasingly losing touch with where their food comes from, we need every avenue possible to keep the public connected with farming and agriculture. Whether the BBC realise it or not, agri-food is a vibrant and growing industry which is hugely important to Northern Ireland both economically and socially. With a turnover of around £4.5billion annually and employing nearly 100,000 people across the province, there are many people out there with a vested interest in our agri-food industry. We believe doing away with Farm Gate is ultimately a retrograde step for the BBC and a disservice to the farming and wider rural community.

“The BBC have told us that they will be recruiting an Agriculture/Environment correspondent who will contribute to the BBC’s business news segments. We have also been assured that agriculture issues will still remain a key focus of the BBC’s news coverage, however, we will be keeping a close eye on how things develop. The one thing BBC officials can be sure of, if they fail to deliver agriculture programming and news content that is to the same standard, if not better, which will be incredibly difficult given the outstanding, well informed, dedicated coverage Richard Wright has provided over the years, the UFU will be quick to hold them to account. After all, the BBC is a public service broadcaster and they have a duty to all who pay the licence fee, including farmers, to deliver high quality content that both informs the wider public and reflects the issues important to their lives and businesses.”