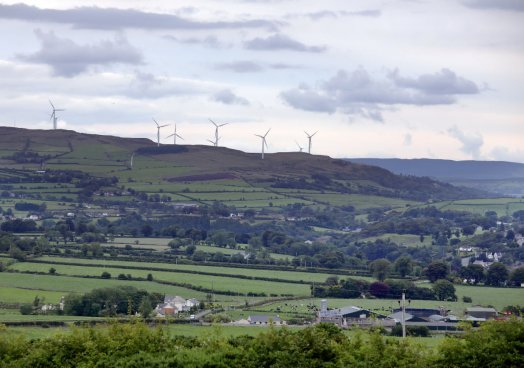 Landowners are responsible for assessing the trees on their land for signs of disease such as Chalara dieback of ash trees, more commonly known as ash dieback. It is an ash tree disease caused by Hymenoscyphus fraxineus fungus. Ash trees are the third most common tree in Britain, present in woodland, hedgerows, parks and gardens across the country. They are valuable habitats for over 1,000 species of wildlife, including a wide range of mammals, birds, invertebrates and other plants.

Ash dieback has been making its way across Europe for decades and is believed to have arrived in Northern Ireland (NI) in 2012. The disease inhibits the uptake of water, weakening the tree and leaving it susceptible to secondary infections. The main symptoms of ash dieback are loss of leaves from the crown (the top) of the tree, wilted new growth and diamond shaped dark areas of bark where the new shoot meets the main tree with darkly stained wood underneath.

Between June and October, the fungus of infected trees produces spores on dead leaf litter. These fruiting bodies are small, creamy coloured and mushroom like. They create large quantities of spores which are blown by the wind causing the disease to spread to other ash trees. The disease can spread up to ten miles through wind or further through movement of infected trees. If you identify an infected ash tree you should report its location to the plant health department within the Department of Agriculture, Environment and Rural Affairs.

When more that 50 percent of a trees canopy is infected, it is unlikely that the tree will recover as it will be unable to resist other diseases, meaning action is required. An infected ash tree poses a health and safety risk and there is potential for structural failure, branches can break or the entire tree could collapse.  Public safety must be the top priority when assessing what action to take on the trees you own. Levels of risk will range from low to high depending on the location of the tree.

Where ash trees pose a low safety risk, such as in hedges between fields with no public access, they should be left to decline naturally so they can continue to contribute benefits to the environment. However, larger mature trees have the potential to kill or seriously injure people and damage property and vehicles when in close proximity to roadsides, powerlines, buildings, public pathways, community grounds and other infrastructure. Owners of private woodlands of nought-point-two hectares or more require a licence to fell trees and are required to re-establish the woodland under an approved felling management plan. However, removal of scrub consisting of young trees (up to 8cm in diameter), lopping or topping trees, felling a small volume of timber (up to five cubic metres in a calendar quarter) or felling trees in a private garden does not require a licence.

Under both the civil law and criminal law, landowners have responsibility for the health and safety of those on or near their land. If a tree affected with ash dieback falls or branches fall due to the disease, landowners could be liable to pay damages and could even be prosecuted.

Few landowners in NI will be unaffected by ash dieback as the disease is expected to claim up to 90 percent of the species. The UFU encourages landowners to consider the health status of ash trees on their land and to carry out necessary work in the interest of health and safety and the management of the disease.