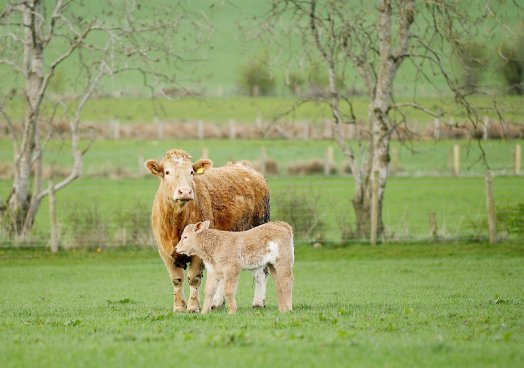 The Ulster Farmers’ Union have recently met with DARD to discuss the current status of both TB and Brucellosis within Northern Ireland.

With TB we have seen a significant reduction in both the number of herd and animal incidences in Northern Ireland over the last 12 months.   The number of new herd breakdowns has also been reduced significantly with a reduction of 9.5% being recorded.  It was also encouraging to hear that the number of TB cases is steadily declining although the number of individual reactors has remained fairly constant to the numbers recorded this time last year. We also received an update on how the Test and Vaccinate or Remove (TVR) Wildlife Intervention Research Project is being delivered and it is hoped that the badger identification, testing and vaccination work being undertaken this year will be completed in the two 100km2 areas in Co Down by the end of November. This project would not have been possible without the support and assistance from farmers and we know that DARD have been encouraged by the level of co-operation from farmers which they have received.

On the Brucellosis front there have been no herd breakdowns recorded in the last two and a half years. Farmers have worked hard in order to eradicate the disease and it is great to see that their efforts are finally paying off.  Provided this trend continues for a further six months, DARD will be in a position to apply to the European Commission for official Brucellosis free status for Northern Ireland. This would be a major boost for Northern Ireland and we could see the number of Brucellosis tests being significantly reduced across the province.   However, we must not be complacent as it will only take one animal to test positive to bring down a number of herds and lead to the three year freedom requirement having to be restarted.  Imported animals pose a particular risk as they could potentially bring disease into the country which may not be detected for a significant period of time. Therefore, advice to farmers would be to avoid importing animals at all costs, especially from countries known to have the disease present.

The UFU will continue to work closely with DARD on both of these critical issues for beef and dairy farmers.