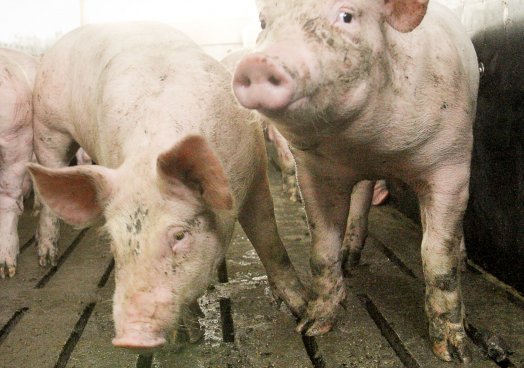 Commodity Watch - Potential for growth in the pig industry?

The Going for Growth Strategy, which has been produced by the Agri-Food Strategy Board, lays out a road map for Northern Ireland Agriculture, and sets specific sectorial targets to be achieved by 2020.    For the pig sector, a target which would see the sow herd increase in Northern Ireland by 40% over the next 6 years has been set.  The Union’s Pork and Bacon Committee have discussed this at length over the past year and believe that while this is a very ambitious target, that this would be positive for the industry.

While there is potential for expansion in the pig industry, this will only happen if the conditions are right.  There are issues which will need to be addressed before farmers will be willing to invest in the industry, such as the lack of confidence felt by some producers.   This lack of confidence is founded on the uncertain future faced by pig farmers who despite being among the most efficient pig farmers in Europe (Cogent Report), continue to have their profit margins squeezed.  Given that the “cross cutting” measures detailed in the Going for Growth Strategy include an integrated supply chain where all partners are profitable, it appears that there is still some way to go before any expansion will happen.

The Agri Food Strategy stimulated producer/processor discussions regarding pig pricing going forward, and although the UFU feels that this has been beneficial for both parties, we still firmly believe that transparent pricing mechanisms for all pigs in Northern Ireland must be established to allow producers to gain the confidence to invest and therefore for processors to get the growth they need.

Farmers in Northern Ireland produce pigs to the Red Tractor Standard, which is the recognised higher welfare standard in the UK.  In the wake of the horse meat scandal, UK retailers made a commitment to source local pork, and it is for this reason that the UK pig price is considerably higher than the EU price.  So, why is it that pig farmers in Northern Ireland who produce the same pork, at the same standard, for the same market as English producers should receive less for their pigs? The Red Tractor Scheme is recognised by both the industry and the consumer as the benchmark for food quality and therefore farmers who produce to this standard should be paid accordingly.

The UFU will continue to monitor and participate in discussions going forward, we are encouraged by progress so far and hope that the strategy will have a positive effect on the industry and will produce outcomes which are beneficial, i.e. profitable for all.