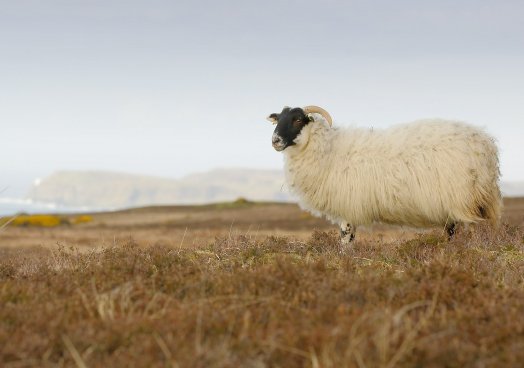 The UFU recently met with DARD to discuss the future Areas of Natural Constraint (ANC) Scheme.  In July last year the NI Executive agreed that an ANC Scheme should form part of the NI Rural Development Programme 2014 – 2020 (NIRDP) to replace the existing LFACA Scheme.  This agreement concluded that the scheme should initially be funded with a £40m budget for two years (claim 2015, paid 2016 and claim 2016, paid 2017) with a review of whether the scheme should continue taking place before 2017.

Proposals for the NIRDP 2014 – 2020 were submitted to the European Commission in October 2014 and it is likely that it will be the summer of 2015 before the Commission approves the Programme.  As the ANC Scheme is part of the NIRDP it also is yet to receive official approval from the Commission.  Having taken this into consideration DARD has decided to ‘proceed at risk’ without approval and thus the application for the new ANC Scheme is expected to form part of the package which will be issued to farmers in March who wish to apply for the new Basic Payment Scheme.

Unfortunately European regulations dictate that Disadvantaged Land is no longer eligible for this support mechanism and instead this support will only be made available to those farming Severely Disadvantaged Land.  The UFU participated in a consultation process in the summer of 2014 where the level of payment was discussed.  Subsequently DARD decided that payment rates of approx. £56 would be made on the first 200ha of eligible land with £42/ha available on the remainder.  On average this is close to the payment per hectare that SDA land will receive in the final 2015 LFACA payment and helps maintains consistency which was position requested by the UFU Hill Farming Committee.

The rules and application process will remain largely similar to the LFACA scheme with a minimum stocking density of 0.2LU/hectare required on eligible Severely Disadvantaged Land for the seven month period between the 1st April and 31st October.  The eligible livestock will remain the same as the LFACA scheme, however farmers should note that there will no longer be a cattle bonus and instead this bonus will be built into the existing area payment.  Despite the removal of the cattle bonus from the scheme, where producers continue to farm suckler cows on these areas the existing LFACA rule whereby no more than 40% of the cattle can be heifers continues to apply.  Further to this producers should also keep in mind dual use claims will not be permitted and in addition it is unlikely that dairy units in SDA areas will be eligible.

While the ANC Scheme has only been agreed for the next two years, a review is expected later within the next 12 months to assess whether the scheme should continue or not.  At this stage the NIRDP has not budgeted for the continuation of the ANC Scheme post 2017, thus if consideration was given to extending it additional funding would have to be found, potentially from Pillar 1 (Direct Payments).  Another key consideration would be the mapping for the ANC Scheme post 2017.  The first two years of the new ANC Scheme will allow farmers to use the existing SDA land that has been identified on their maps.  However a new ANC Designation will need to be decided upon should the scheme continue and again this is expected to be analysed over the next 12 months.  The UFU Hill Farming Committee will continue to monitor this situation carefully.