Update from NI Grain Trade Association (NIGTA): - It is important that farmers don’t attempt to stockpile or panic - just buy what you need on a weekly basis – there should be enough to meet all requirements.

Weakness of sterling and a combination of logistical issues have pushed up feed material prices in recent days. However, farmers need to beware of panic reactions to these movements. The dramatic fall in the pound against both the US dollar and the euro has impacted on both grain and protein prices and some compounders are indicating that ration prices will go up at the beginning of April.

Particular concerns have emerged around the availability of soya products due to transport and logistical issues in Argentina where the vast majority of our soya and soya by-product comes from. Movements of beans to the crushers, and meal to the ports for shipment had been delayed with arrivals of vessels in Belfast pushed back by 2 to 3 weeks. This inevitably means that supplies have to be stretched out until the shipping program catches up.  However, two substantial shipments from Argentina were received in Belfast at the end of March with further arrivals scheduled on a weekly basis. At the minute importers are meeting all their contractual commitments and expect that over the next few weeks supplies will be more readily available to meet spot demand. Farmers are strongly advised not to stockpile – there should be enough to go round.

Some concerns have also been voiced around fertiliser supplies and while prices have also been impacted by currency movements there are no significant supply concerns. The usual logistical challenge of moving around 150,000 tonnes of fertiliser to farm within a couple of months has been even greater this year as buying has been slow in the early season and now there is a scramble to get deliveries made as the weather improves.

Romania is starting to introduce restrictions on its exports of grain, oilseeds and bakery goods due to concerns on supply in their domestic market. Countries who want to import Romanian products must demonstrate that they have a need and that it will not be exported onwards.

As a major exporter of arable crops, Romania’s decision has the potential to impact international markets and follows similar actions announced by Russia and Vietnam for rice. 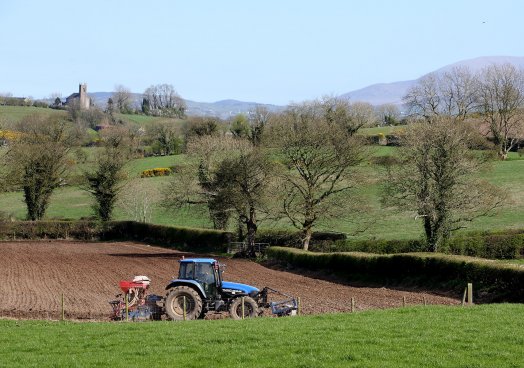